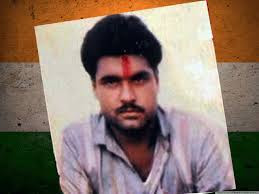 Shame, indignity, disgrace etc are the words; the Indian government as well as the Indian media does not seem to be familiar with. It becomes all too obvious in the backdrop of the hype that the Indian media has created over the demise of Sarabjit Singh with the government of India announcing to give a State funeral to this convicted and crystal clearly established State killer from India who confessed killing of 14 innocent Pakistanis in different acts of first degree terrorism. If the unscrupulous Indian media started giving coverage to Sarabjit Singh episode if some top celebrity of India was thrashed in Pakistan with Pakistan government miserably failing to provide adequate protocol and security to this top Indian celebrity than the shameless Indian government sent its special aircraft to carry home the dead body of the convicted terrorist.