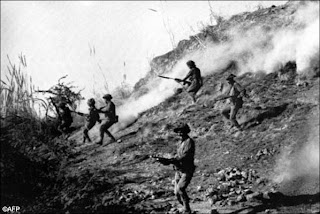 MUMBAI—Almost 40 years after state imposed a surcharge on BEST commuters as relief fund after 1971 war, no one knows where the Rs 26 lakh has gone, reveal the findings of The Daily Mail. These findings disclose that nearly Rs 26 lakh collected by the BEST to provide relief after 1971 war with Pakistan seems to have vanished into thin air. The BEST had collected the amount from bus commuters as the Bangladesh Refugee Relief Surcharge from 1971-73 and the Scarcity Relief Surcharge from 1973-74. However, neither the BEST nor the Transport Commissioner’s office, where it claims to have deposited the money has any information on how the money was spent.

The Daily Mail’s investigations indicate that this surprising development came to the light when an RTI activist Manoranjan Roy filed an application asking the BEST how much money was collected as surcharge and where it was spent.
The BEST revealed that it had collected Rs 13.85 lakh under the head of ‘Bangladesh Refugee Relief Surcharge’ from December 1971 to March 1973 and a sum of Rs 12.94 lakh under the head of ‘Scarcity Relief Surcharge’ from April 1973 to March 1974.
However, the BEST said that it had deposited the money with the transport department as the sum is collected on behalf of the government of Maharashtra and is remitted to the office of the Transport Commissioner every month.
When Roy filed an RTI with the Transport Commissioner’s office, the department admitted that such surcharges imposed by the BEST are deposited with it but said it had no record of the Rs 26 lakh.
The revenue document given to Roy by the department mentions a heading ‘Bangladesh Development Fund’ but has no amount next to it.
RTI activist Manoranjan Roy says he had a hard time getting the information. Even today, BEST charges a surcharge on every bus ticket. The current one is as a ‘Nutrition Surcharge’
When I filed an RTI application with the Chief Minister’s office, they referred me to the BEST, claiming that it was the collecting agency.
I then filed an RTI application with the BEST, which said that it deposits the amount with the transport department,” said Roy.
“However, neither the BEST nor the Transport Commissioner’s office had an answer on how the money was spent.
Surprisingly, though the Transport Department provided me with the details of all the sums collected as surcharge, there was no mention of the funds collected from 1971 to 1974. This has made me suspicious,” he added.
Fed up of the discrepancies in information, Roy has now filed a PIL, demanding an inquiry into the management of funds by BEST, which is expected to come up for hearing on August 26. Transport Commissioner DJ Jadhav was unavailable for comment despite repeated attempts.
The Daily Mail’s findings reveal that though the surcharge was levied on passenger tickets for providing relief to Bangladesh Refugees from December 1971 to March 1973, the same cess was continued under various heads such as Scarcity Relief Surcharge, Children Nutrition Surcharge and Nutrition Surcharge, which is collected even today.
Details of the surcharges collected under various heads after the 1971 Pakistan war are as under:
Bangladesh Refugee Relief Surcharge: Dec 1971 to Mar 1973 – Rs 13,85,204.15 Scarcity Relief Surcharge: Apr 1973 to Mar 1974 – Rs 12,94,729.75 Children Nutrition Surcharge: Apr 1974 to Mar 1975 – Rs 36,86,028.60
Nutrition Surcharge: Apr 1975 to Jan 2009 – Rs 372,647,7049.63
The Daily Mail when contacted noted Chartered Accountant Sanjay Lodha, he said “If we have to calculate the value of the total amount collected from December 1971 to March 1974 Rs 13,85,204.15+ Rs 12,94,729.75 = Rs 26,79,933.9 by the Income Tax Inflation Index, then we would have to multiply it by nearly seven times which would make it an amount of approximately Rs 1,87,59,531 (Rs 1.87 crore).”
“But, if we have to conservatively calculate by the value of the same Rs 26,79,933 considering the rate of inflation, we will have to multiply it by at least 30 times, making it an amount of approximately Rs 8,03,97,990.”
Post Views: 427