Close
From Christina Palmer and Maninder Singh Dhillon
NEW DELHI- With Hindu extremists, under the BJP patronage preparing to wage Dharma Yudh ( Religious Holy War) the global community got a wakeup call on Monday about astonishing emergence of Hindu religious extremism when in a worst of its kind episode, BJP backed  Hindu extremists terrorized hundreds of Muslims in Agra and forced them to become Hindus.
The Daily Mail’s investigations reveal that Hindu extremists were targeting different Muslim neighborhoods for past many years in different parts of India. However, after the sweeping of polls by Hindu extremist party the BJP under the most criticized Hindu extremist Narendra Modi, these extremists started terrorizing the dweller Monday’s target at s of these Muslims neighborhoods and the selection of Vednagar slum in Agra where very poor and in fact garbage picking  dwellers of Muslim community reside, was a well though-out plan.
The Daily Mail’s investigations further indicate that goons of BJP factions were terrorizing the Muslim dwellers and forcing them to convert to Hinduism or face a situation, similar to Gujarat state where thousands of Muslims were butchered under government protection in 2002 with same Narendra Modi being the Chief Minister of the state. These Muslims dwellers were told that if they convert to Hinduism, they would be provided with the basic necessities of life via provision of special “Ration Cards” or they would be made starved to death. Under this situation, many Muslim dwellers, who could, fled to other cities but those, around 350, who had no other place to run to, were eventually forced to become Hindus in a properly organized ceremony, coupled with appropriate media coverage. 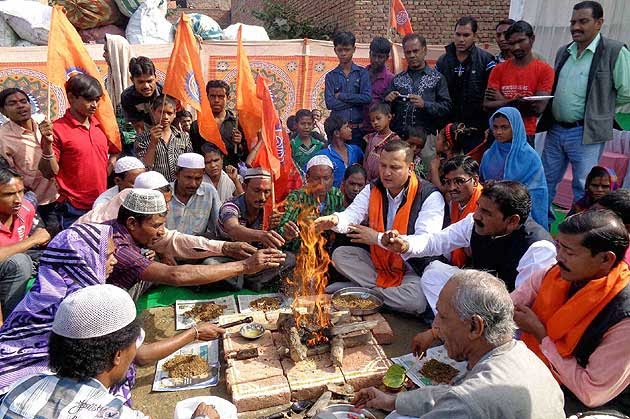 According to British State media the BBC, “In the past few years, Hindu hardliner groups have started organizing reconversion rituals they call “ghar vapasi” – which means “returning home”. The conversions – and re-conversions – in most cases allegedly involve force, fraud or inducement.”
BBC further says “Recently, a row broke out after Government Minister Niranjan Jyoti used an abusive term to refer to non-Hindus, by asking people at a public rally to choose between Ramzada (children of the Hindu God Ram) and Haramzada (bastards)”. Narendra Modi, the Prime Minister, later refused to take any action against the said Minister. 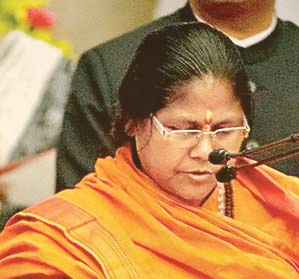 I was offered a bribe of Rs. 14 crore, says Army Chief