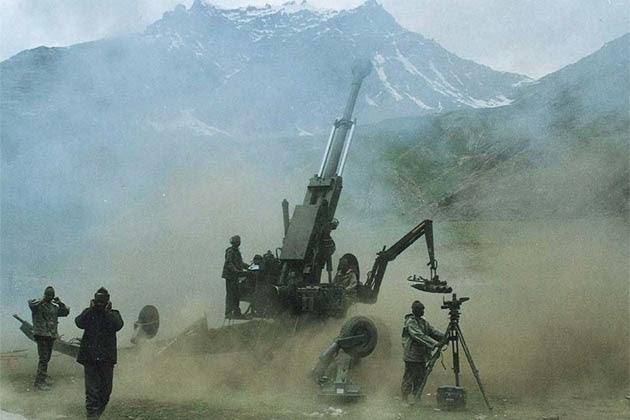 New Delhi: From time to time a new case of kickbacks in defence deals come to light. Some of the defence deals have led to major changes in the political environment and former prime minister Rajiv Gandhi-led Congress lost the 1989 Lok Sabha elections government after the 1987 Bofors scam.
Here is a list of the famous cases of corruption in defence deals that have taken place in India after Independence.

After Independence the Indian government signed a deal with a company in England to supply 200 Jeeps. The contract was worth Rs 80 lakh but only 155 Jeeps were delivered. The then India’s high commissioner to England VK Krishna Menon was embroiled in the controversy. But the case was closed in 1955 and later Menon went on to become former prime minister Jawahar Lal Nehru’s trusted aide and India’s defence minister.

Former Prime Minister Rajiv Gandhi was at the centre of the Bofors scandal after allegations that Rs 64 crore was paid to middlemen to facilitate the deal for the 155mm howitzers from the Swedish firm Bofors. The allegations were first made by the Swedish radio. It was alleged that Ottavio Quattrocchi, who was close to the family of Rajiv Gandhi, acted as a middleman in the deal and received kickbacks. The deal for 400 Bofors guns was worth $1.3 billion.

India had planned to purchase Barak missile from Israel. But former president APJ Abdul Kalam, who was the scientific adviser to the Prime Minster when the Barak missile deal was being negotiated, had opposed the weapons system. India had bought seven Barak missile systems costing Rs 1,150 crore from Israel. The CBI had registered an FIR in the case in 2006. Former treasurer of the Samata Party RK Jain was arrested in the case. The CBI had questioned why the system was purchased even after the DRDO had raised its objections. According to the CBI the missile system was purchased at a much higher rate than that initially quoted by Israel. It was also alleged that the then defence minister George Fernandes had ignored the objections raised by the scientific adviser.

During the 1999 Kargil war coffins were purchased top sent the bodies of martyred soldiers to their families. The CBI had registered a case against a US contractor and some senior Army officers. Then Defence Minister George Fernandes was also accused of being involved in the case.

Tehelka.com, an online news portal revealed how army officers and political leaders were involved in taking bribes during arms deals. The sting showed that bribes were paid in at least 15 deals including the Barak missile case. In this sting which was code named Operation West End two Tehelka journalists posed as arms dealers and met several politicians and defence officers. Former BJP president Bangaru Laxam was shown taking a bribe of Rs 1 lakh in the sting. Then Samata Party chief George Fernandes’s close friend Jaya Jaitley was also seen speaking to the Tehelka journalists. The government had also acted against one one Major General and four other senior army officers after their name cropped up the in sting operation. Fernandes, who was the defence minister then, resigned after the tapes were made public, but he was reinstated later.
Sudipta Ghosh case, 2009: In 2009 the former Ordnance Factory Board director general Sudipta Ghosh was arrested by the CBI. Ghosh had allegedly taken bribes from two Indian and four foreign companies which had been blacklisted by Defence Minister AK Antony.

Former Army Chief General VK Singh alleged that he was offered Rs 14 crore as bribe to clear a the purchase of Tatra trucks. Questions were also raised about the quality of the trucks.
Post Views: 205